This location dates back to the pharaonic era, but it was also used by the Romans and was actually occupied until the mid-19th century. It used to sit on a high cliff over the Nile, but the rising waters transformed it into a rocky island in the middle of Lake Nasser. This is the only monument around the lake to have remained in its original location.

Qasr Ibrim used to guard over a thriving city, but the lake submerged most of the ruins. During the Middle Ages this area rose to prominence such that the most noticeable ruins visible on the island are actual what remains of a great cathedral that once stood here. The area was inhabited until the mid-19th century when it fell into disuse.

Today the island is closed to visitors because it remains an important archaeological site. The ruins of the city were the biggest source of Old Nubian documents ever discovered before the lake rose to cover it and excavations continue in the remains of the cathedral and the other building on the island. Cruise ships moor next to the island to allow visitors the best view possible of the ruins with actually going ashore. 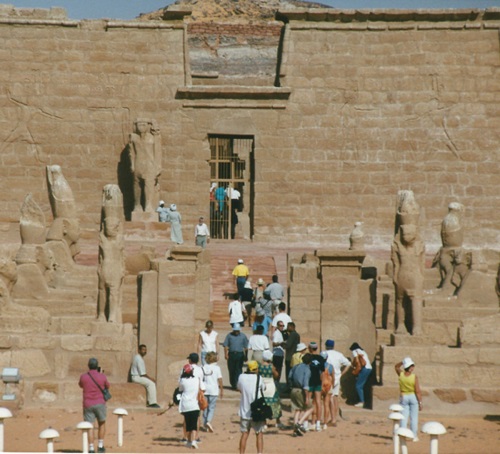 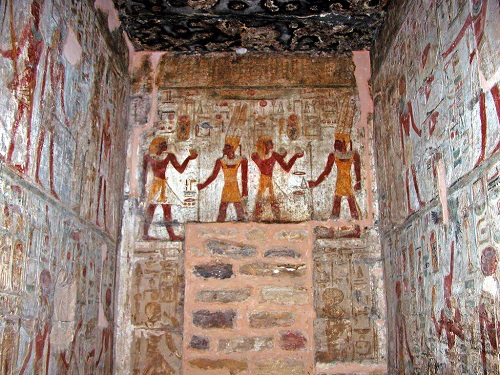