Are you looking for Tours of Jordan and Egypt? Explore this Fascinating Journey through a combined Jordan and Egypt tour Package to get in the mystery of Jordan and ancient Egypt with Nile Cruise. This journey is for exploring the rose-red city of Petra, Floating in the Dead Sea Salty Water, Visiting the Roman Jerash and Madaba. Then Visit the Pyramids of Giza in Egypt and Enjoy accommodation for 4 nights on a 5-star Superior cruise on full board from Luxor to Aswan Visiting the best sightseeing. 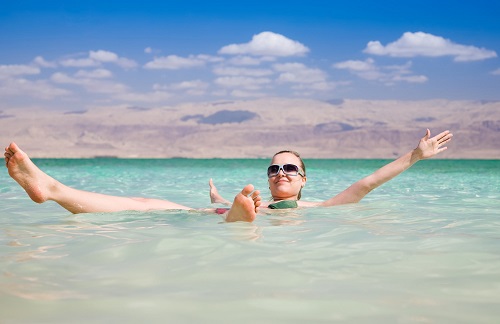 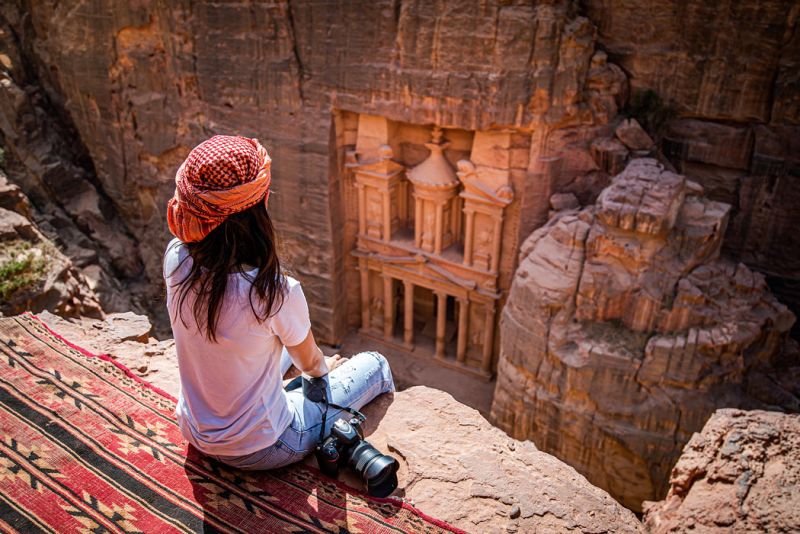 Gadara is known today as Umm Qais and boasts an impressive colonnaded street, a vaulted terrace, and the ruins of two theaters. You can take in the sights and then dine on the terrace of a fine restaurant with a breathtaking view.

The town of Ajloun, where Hadrian stayed over the winter of 129-30 AD, and built himself an arch well outside the town, leaving unbonded its sides for future city walls to come out to meet it.

Welcome to Cairo, Egypt (Around The Clock)
Your tour manager will meet and assist you at Cairo International Airport (Arrival procedures) and then he will escort you to the hotel by exclusive air-conditioned deluxe vehicle. At the hotel, the tour manager will assist with a smooth check-in and review your holiday itinerary with you to establish and confirm pick-up times for each tour. Overnight in Cairo.

Breakfast at your hotel in Cairo and then met by your personal guide who will accompany you to Giza Plateau to visit one of the seven wonders of the ancient world, the Great Pyramids of Cheops, Chefren and Mykerinus, famous Sphinx, and Valley temple facing the great statue. Lunch at a good quality local restaurant. Then transfer to enjoy the Egyptian Museum. Continue driving to Islamic Cairo, where you will be able to explore Khan El Khalili, Cairo’s old bazaar. Back to hotel. Overnight in Cairo.

Check out from a hotel in the morning then transfer to Cairo Airport for a flight to Luxor where you will be met and assisted, then taken by an air-conditioned vehicle to board your 5-star Egypt Nile cruise to check in. After lunch on board, enjoy a visit to the impressive Karnak Temple and Luxor Temple. Dinner and overnight on board Nile cruise.

After breakfast on your Nile cruise, take an excursion to the royal cemetery for 62 Pharaohs, Valley of the Kings, then to mortuary Temple of Queen Hatshepsut, which was built by the architects of the New Kingdom Pharaoh Hatshepsut approximately in the 15th century BC. Head to the Colossi of Memnon. After lunch, you will sail to Edfu enjoying a leisurely dinner on board. Overnight on board Nile Cruise.

After breakfast on Nile Cruise, visit the well-preserved Ptolemaic Temple dedicated to Horus at Edfu. Sail to Kom Ombo to see the unique Temple of Sobek, dedicated to Sobek the crocodile god, and Horus the falcon-headed god. Lunch on board. Continue sailing to Aswan. Dinner and overnight on board your deluxe Nile Cruise.

After breakfast on Nile cruise, enjoy a day’s sightseeing in Aswan. Start with the High Dam and the largest known ancient obelisk, located in the northern region of the stone quarries of ancient Egypt, the Unfinished Obelisk, then on to the beautiful Temple of Philae, which is devoted to the two goddesses Isis and Hathor. Dinner and overnight on board deluxe Nile Cruise.

Disembark from your Nile cruise after breakfast, then transfer to Aswan Airport for your return to Cairo where you will be met and assisted at the airport then taken to your hotel. Overnight in Cairo.

After breakfast, you will be transferred to Cairo International Airport for flight to Amman. Upon arrival at Queen Alia Airport our representative will meet and assist you through the customs and immigration procedures. Transfer to the hotel in Amman for overnight.

In the morning we drive two hours from Amman to Gadara (Umm Qais), which belonged to the famous Decapolis, a union of 10 cities, founded by Alexander the Great. Here you have an overwhelming view of the north Jordan Valley, the Golan Heights and the Sea of Galilee. We leave to Jerash, the best example of a Roman provincial city in the whole Middle East. Visit the spectacular forum, Roman colonnaded street, the Nymphaeum and the Temple of Artemis. Next stop is Ajloun the great 12th-century Islamic castle build around 1184/85 by the famous Islamic leader Salah al-Din. Back to Amman and overnight.

After breakfast drive to Mt. Nebo, the place where Prophet Moses gazed at the promised land before he died and his alleged burial place. You visit the old monastery and overlook the Jordan Valley, Dead Sea, Jericho and Jerusalem. After we proceed to Madaba, where to find the famous mosaic 6th century map of Palestine in St. George’s church. Afterward we drive to the lowest point on earth, the Dead Sea, where you have leisure time and the chance to float on water. Overnight Amman hotel.

After breakfast drive about 2 hours to the rose red city Petra, the biggest attraction of Jordan. Petra was first established around the 6th century B.C. by the Nabataean Arabs, a nomadic tribe who settled in the area and laid the foundations of a commercial empire that extended into Syria. Upon arrival you will begin the trip on horse back to the canyon, the so called Siq, and then by foot to the most beautiful monument: the Treasury. Among other monuments you will see are the Street of Facades, the Royal Tombs and Pharaoh"s Castle. Afterward back to hotel in Amman for overnight.

After breakfast transfer to Queen Alia Airport for final departure.