The Singing Statues or the Vocal Memnon

Colossi of Memnon are two massive monumental stone statues of Pharaoh Amenhotep III (1386-1353 BCE) from the 18th Dynasty of ancient Egypt. They depict the seated king on a throne ornamented with imagery of his mother, his wife, the god Hapy, and other symbolic engravings. They are made of quartzite stones, which were quarried at el-Gabal el-Ahmar since 1350 B.C. They were built as guardians for Amenhotep’s mortuary complex. This large complex was destroyed and turned out to be ruined because of the earthquakes and floods in Egypt.

The Description of Colossi of Memnon

They are 18 meters high and each one of them weighs 720 tonnes. They are carved from single blocks of sandstone. They are two-seated king statues on a throne ornamented, representing the pharaoh wearing the royal headdress of the Nemes, protected by the divine cobra. The hands of the king are resting on his knees and he directs his face towards the eastwards toward the Nile River. There are two small figures carved into the front part of the statues that represent his wife Tiye and mother Mutemwiy. The two statues are quietly damaged but they remain as symbols for the amazing Egyptian Civilization and culture.

The Location of the Colossi of Memnon

They are located west of the Egyptian city, Luxor in Theban Necropolis, which is Colossi of Memnon one of the most important Luxor tourist attractions, that can’t be missed during your Egypt tours. The two statues are located about half a kilometer east of the Antiquities Inspectorate (the ticket office) on the main road leading to the west bank monument area.

Amenhotep III and the Glory of Egypt

The pharaoh Amenhotep III lived during the period of the New Kingdom from 1570 until 1069 B.C in which Egypt became a country of international power and wealth. His father left him a stable empire while being only twelve years old. He married Tiye, who was given the title “Great Royal Wife”. This title wasn’t even given to Amenhotep’s mother, which reflect the greatness of Pharaoh Amenhotep and his wife Tiye as married couples. He had a splendid vision of the land that can be witnessed through the 250 buildings, temples, steles, and statuaries that he built during his wonderful reign period. One of his mesmerizing palaces is the palace at Malkata that is located on the west bank of the Nile near Thebes. This astonishing place contains many rooms, a festival hall, gardens, a lot of libraries, kitchens, conference rooms, and Amun Temple.

The Mortuary complex built by Amenhotep III was the largest and the biggest building that has ever been built in Egypt. It was even more inspiring than the Karnak Temple. It included numerous rooms, halls, and plateaus, which mirrored the vision of the Field of Reeds, the Egyptian paradise. Very little remains today of Amenhotep’s temple. It turned into ruins after the disastrous earthquakes and floods in Egypt.

Colossi of Memnon symbolize the rule of the king over Egypt. The three figures in the statues, Amenhotep III, his wife Tiye, and his mother Mutemwiya are all symbols of rebirth. They have withstood all the natural disasters that they faced.

The Greek Mythology About Colossi of Memnon

According to the great Greek Mythology, Memnon, who is the mortal son of Eos, the goddess of Dawn, was slain by Achilles. The two statues were also believed to be singing statues probably because an earthquake shattered the upper part of them, which cause noise every day at dawn from the statues. Many theories have been said about the mystery of the sound of the two statues and till today, it remains a confusing and a mysterious matter.

Memnon was a hero of the Trojan war. He was also the Ethiopian king who led his armies from Africa towards Asia to defend the beleaguered city. At the end, he was slain by Achilles. The two statues generally refer to the entire Theban Necropolis as the “Memnonium”; the name that is popular for more than 2000 years.

Things you can see at Colossi of Memnon 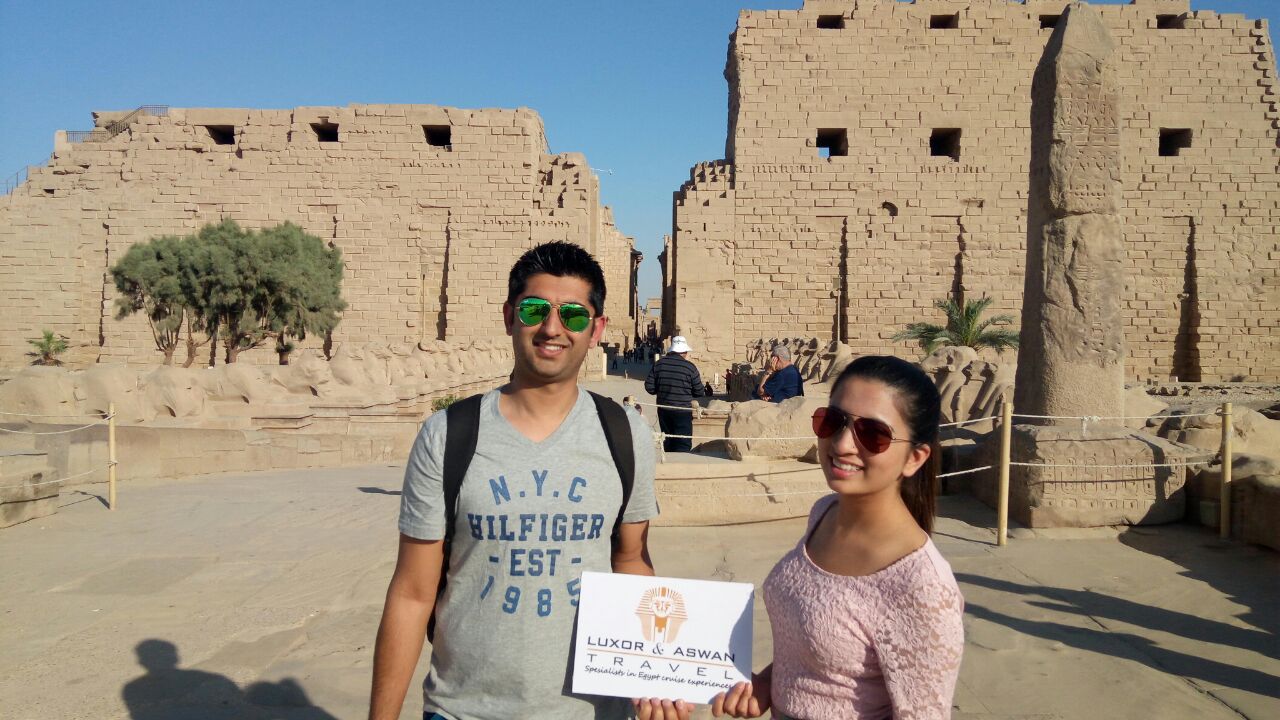 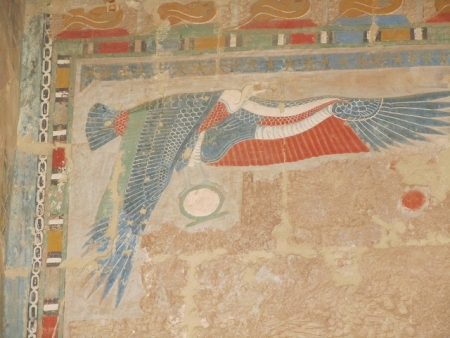 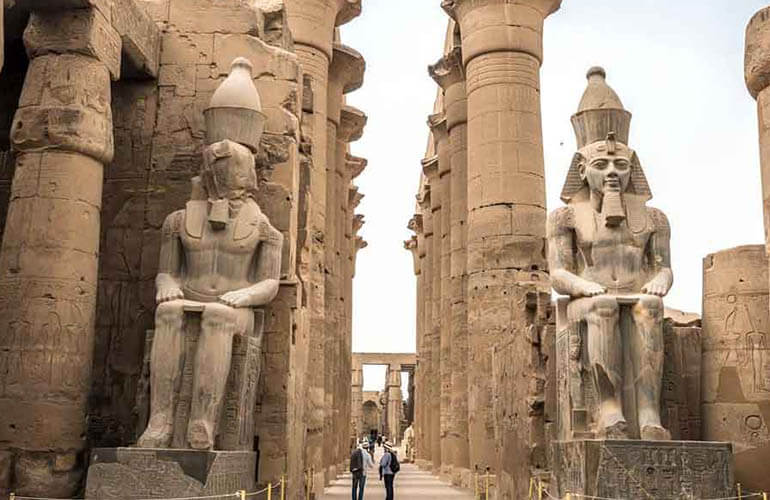 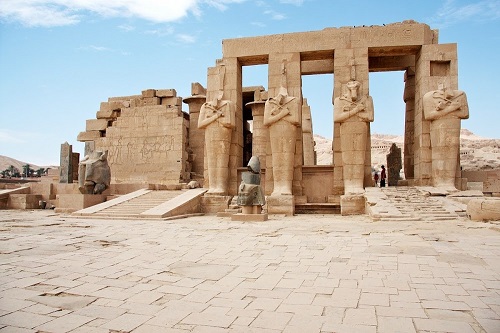 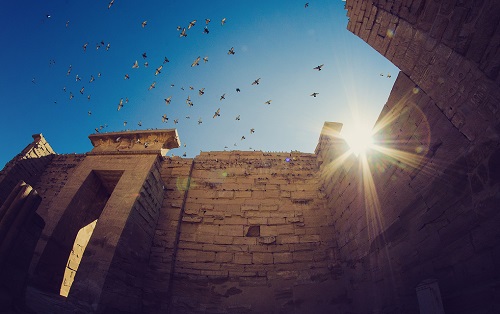 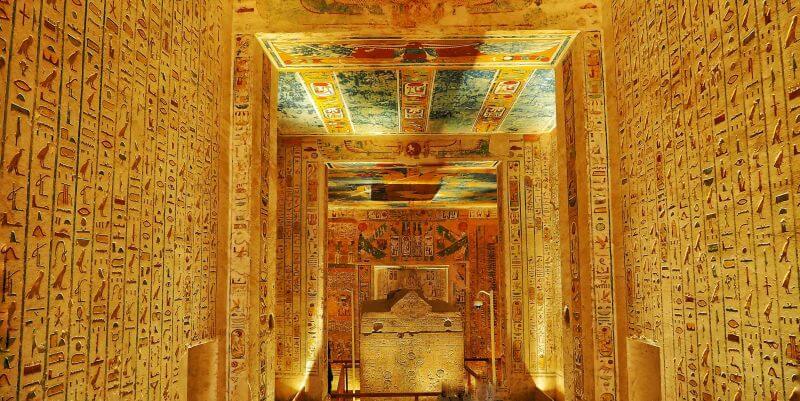 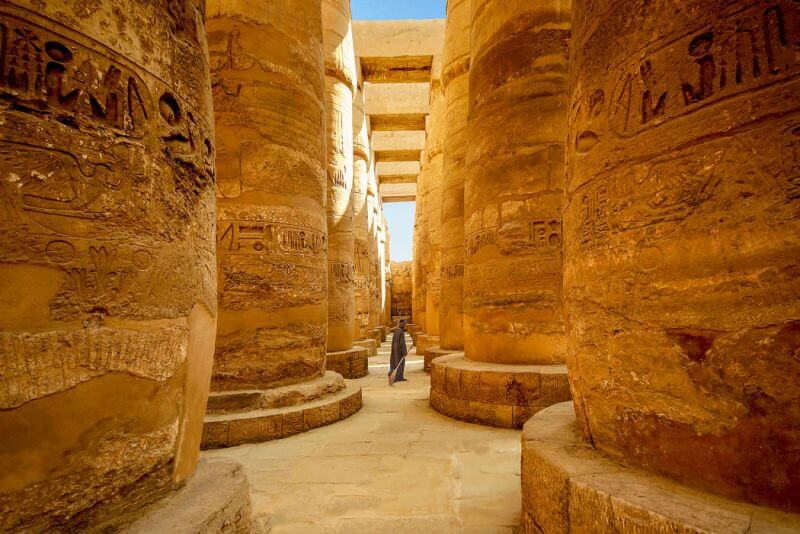 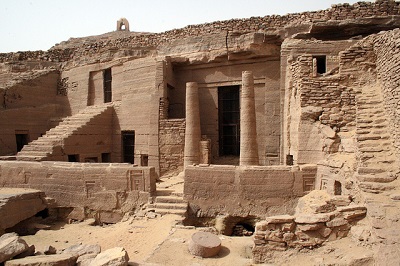