Edfu temple is the most preserved cult temple in Egypt because it was one of the last temples built during the Ptolemaic Kingdom between 237 and 57 BCto be a worship house of the sky deity Horus. It is the second largest temple in Egypt after Karnak temple, it is located on the west bank of the Nile River, halfway between Luxor and Aswan. The temple is highly important as it perfectly reflects the Ptolemaic culture with the Ancient Egyptian Pharaonic culture. The inscriptions on its walls were able to provide useful information on the religion, language, and myth during the Hellenistic period in Egypt.

The temple was constructed by an order from Ptolemy III on 23 August 237 BC and completed in the reign of Ptolemy XII IN 57 BC. The temple was built on the location believed to the place where Horus fought Set to avenge the killing of Osiris, Horus’s father, and his own Brother according to the famous Isis & Osiris myth, all this information was revealed thanks to important scenes and inscriptions found on the temple walls. The temple lost its states after the end of the Roman Empire, the rise of Christianity and outlaw of paganism in 391 AD. It was buried in the sand, protected in the heart of the desert for centuries until it was excavated in 1860 by a French Egyptologist named Auguste Mariette.

Architecture and Interior of Edfu Temple

The architecture of the temple is quite unique as it combines the elements of both the greek and the Egyptian culture. It contains a greek Birth House “Mamisi” at the west of the entrance at the height of 36m and two granite Horus statues which were the site for the annual festival of coronation and the location where the re-enacting of the divine birth of Horus took place. It has one of the largest pylons in Egypt reaching the height of 37 m, constructed by Ptolemy IX around it is a group of halls like the Hypostyle Hall, built by Ptolemy VII to contain a ceiling with astronomical painting symbolizing the sky supported by two rows of six Pillars, the hall of festivals and the hall of offerings. The holiest sector of the temple is “Sanctuary of Horus” as it contains a black granite shrine, that was decorated by Nectanebo II making it the oldest relic in the temple, the wall shows Ptolemy IV worshipping Horus.

Edfu Temple or “Temple of Horus” is an amazing historical landmark to visit, so we have well created breathtaking Egypt Tour Packages with Nile Cruise to witness Edfu temple with other Egyptian attractions. 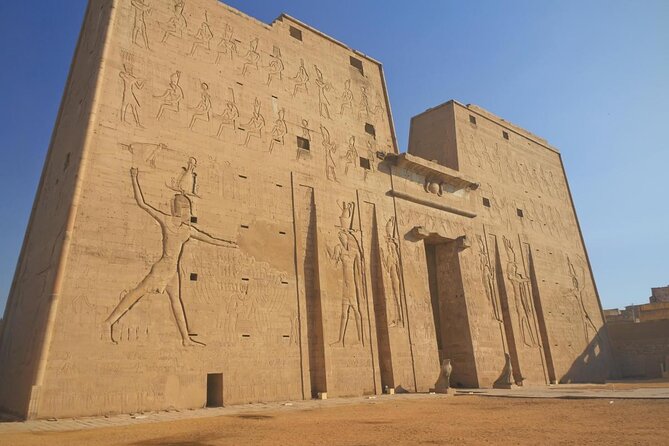 The Temple of Edfu is halfway between Luxor and Aswan, The Temple was dedicated to one of the most signi 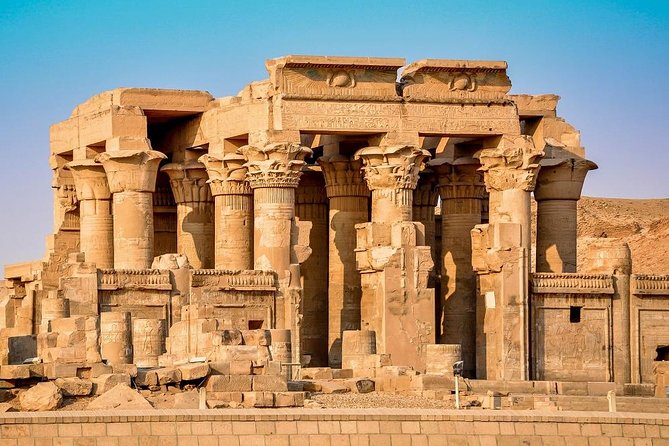